A Century of Experience in the Bulk Transportation Business 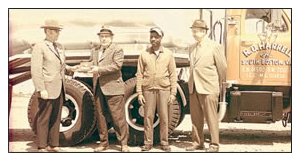 While today R. O. Harrell’s trucking business boasts a large fleet of tank vehicles serving customers throughout the US and Canada, the Company started its roots in 1885 making buggies in southern VA. Shortly after the turn of the century when automobiles began entering American life, a member of the Harrell family traveled north to learn about internal combustion engines. The company manufactured a truck and sold it to their largest customer, the Singer Sewing Machine Company. That first truck more than 100 years ago has grown to 100 tractors and over 200 tank trailers.

R. O. Harrell Sr. started and operated several trucking related businesses during the early part of the 1900’s and in 1942 began hauling gasoline and fuel oil. During the oil embargo of the late 70’s, the firm transformed itself once again and expanded into tank trucking services for liquid and dry bulk commodities. Under the leadership of Rick Harrell, the Company expanded significantly to serve hundreds of customers nationally.

In January 2017, the Lemon and Horton families (owners of Southern Tank Transport, Inc., a third-generation trucking company) acquired R.O. Harrell, Inc. and continue to operate the Company as a family-owned and operated business. In June 2017, the Company expanded to include a terminal location in Charleston, SC.

The employees that make up R. O. Harrell are very involved in the community that surrounds them. In addition to working to improve local schools and health care facilities, they are also involved in many civic clubs and sports activities in southern VA and Charleston, SC. It was the first Company of the Year recognized by the Halifax Chamber of Commerce. The Company is also credited as being very instrumental in having a local community college begin a truck driving school, which has now graduated more than 1,500 drivers – some of whom are employed as tank truck drivers at the Company. 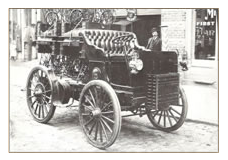 Today, R. O. Harrell employs over 100 people, including over 75 professional drivers. Its history of safety has landed numerous awards from National and State Trade Associations and their captive insurance group. Finally, the Company’s willingness to customize tank truck logistics programs and dedicate physical resources to its customers have resulted in long term success and very high customer retention.

Call us today (434-572-1100) to learn more about how our history in the trucking business can be applied to satisfy your customers.